Methods Of Monetization That Benefit Players 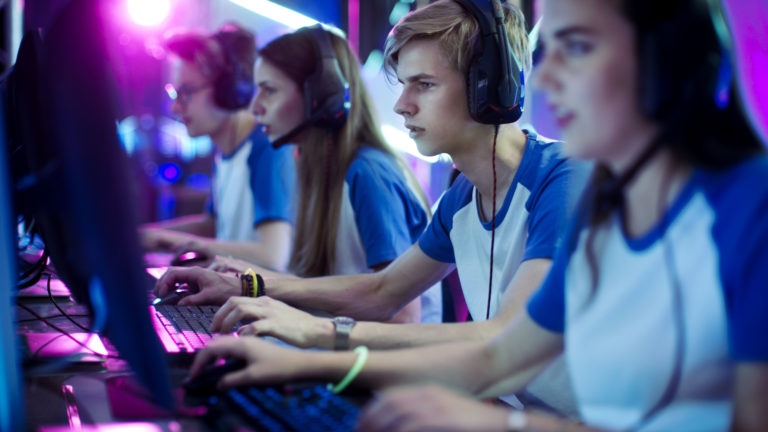 Xsolla and games industry publication DTF recently joined forces for a Q&A project on monetization. Game developers sent in their questions, and Xsolla’s experts picked the most intriguing ones to answer in our article series.

Most monetization methods are designed with profitability for the development team first, tempered by fair design decisions aimed at the player. Below, we discuss monetization methods that benefit players first, then give the developers a cut. Taking this revenue route offers an added incentive for players to participate in the game’s economy, and it can be done without compromising ethical standards.

These terms denote two related means of “alternative” monetization. Rewarded videos are video ads that offer in-game currency or other bonuses (such as “time savers” for quicker progression through the game’s levels) to the player who watches them. This method is most commonly used by mobile and social game developers.

In some cases, rewarded videos can appear in a separate section of an offer wall — a page that offers users the option to watch videos, download third-party apps or perform other actions in order to get rewards. This way, players gain access to premium content without having to pay real money.

According to deltaDNA’s report, rewarded videos became the most popular ad type for mobile free to play (F2P) games in 2017. Since then the format’s share has grown by 14%: from 44% to 58%. Almost two-thirds of all F2P games utilize these kinds of ads.

In addition, rewarded videos help to retain the audience. According to Tapjoy, using this advertising format in an app boosts the 30-day retention rate to 50%. By comparison, this figure normally sits around 12.7%.

Oleg Araslanov, Senior Partner Relations Manager at Xsolla, points out the positive effect that offer walls have on user loyalty. He considers setting the right reward size to be the biggest challenge: if the reward is too small, most users will have no motivation to spend time on any extra actions.

Such offers are specifically designed for smaller reward sizes. The lower the reward, the less motivated the player is, and the less profit the developer gets. Most players will simply refuse to spend time on an offer if the reward is insufficient.

According to Araslanov, offer walls should yield the maximum benefit to the player. As a way to ensure that, rewards can also be personalized: the player can be offered the exact item he or she currently needs for watching a video.

On the other hand, it’s important to retain the right balance. Offer walls are primarily aimed at non-paying users, so they shouldn’t be displayed too often to those who pay regularly (or have made at least one payment). The time and rate of displaying the offer wall also have to be considered: it definitely shouldn’t pop up every time a player enters the in-game store.

An in-game economy based on real money

This method implies that real money (or any other asset that has real-life value) is used in player-to-player transactions. MMORPG auctions, where players buy and sell in-game items, perfectly illustrate this approach. The developer then gets a percentage fee from each transaction.

MindArk’s Entropia Universe MMORPG (2003) is one of the most prolific examples of this monetization model. In-game currency can be converted to fiat money at an exchange rate set by the developer. As a result, any item in Entropia Universe has a price in fiat money.

In 2012, a player spent $2.5 million to purchase virtual land on the in-game planet Calypso. Due to this investment, the player got a share of the game’s revenue and a percentage fee from each user-to-user transaction on that territory, paid weekly in the game’s currency which is convertible to fiat money.

EVE Online’s economy functions in a similar fashion. Two types of currency exist there: ISK (for purchasing in-game items) and PLEX (for paying the subscription). The currencies are mutually convertible and can be traded freely. This means both currencies have real-life value, even though the only PLEX can be bought for fiat money. Neither PLEX nor ISK can be withdrawn from the game, yet the model benefits users as it allows them to keep playing the game without spending cash.

Sabina Urazalieva, Product Manager at Xsolla, believes that this method brings financial benefits to developers and players, making the game’s economy more transparent in the process: users have a better understanding of where exactly their investments go.

Once again, the balance between gameplay and potential profit for the players is the crucial part. That is where Blizzard faltered when it allowed Diablo III players to sell game items for real money at the built-in auction. As a result, users spent more time trading and speculating than actually playing the game. The auction was ultimately closed down.

This method has some serious drawbacks: it is hard to strike the perfect balance, and players may get too preoccupied with the item and/or currency speculations. Finding this balance without sample tests is practically impossible: you will have to make urgent changes on the spot.

Urazalieva sees sense in using this model for online games where large numbers of players compete against each other. MMORPGs and “Battle Royale”-style games are a good example.

What metrics are important for paying audience analysis, and how should they change over time?

First of all, you should understand the difference between growth metrics and product metrics. Growth metrics are used to analyze the game’s initial and final performance which depends on the number of engaged users; active daytime audience or revenue can be used as examples here. In turn, product metrics indicate the characteristics of the product.

When working with paying users, you have to keep a whole slew of metrics in mind:

Before you get down to working with these metrics, make sure you have a general idea of what to do if something goes wrong. The figures are going to change over time; for a successful project, all metrics should grow (except for Churn). Retention can fluctuate over time depending on the number of engaged players: this metric shows how well the current version of the game retains the audience.

Sticky Factor will change together with the product itself, or if the number of users changes. ARPU can remain at the same level given stable traffic figures; however, it will change once heterogeneous users (i.e. those with different activity types) join the game — for instance if there is an influx of non-paying players. ARPPU doesn’t depend on the overall audience size; but if this metric is falling, it can indicate a problem.

ARPU fluctuations can indicate the efficiency of promotions, offers, and changes to the pricing model. They can also show the relation between in-game changes and the audience’s payment tendencies.

Which method is best for my game?

There is no one-size-fits-all answer to this question, unfortunately. Each team will have to decide which of the above methods is best suited for their game based on a variety of internal and external factors. Do you have the bandwidth to create and monitor a full-blown in-game economy? Can you structure rewarded video ads into your game without sacrificing playability? Start with these internal considerations to narrow the list.

Next, consider dividing your audience into segments. What is the average player level? Do the users belong to the paying audience? What channels does traffic come from? Cultural differences shouldn’t be overlooked either, as demand for a particular item can change from one part of the world to another. For example, European players enjoy getting cosmetic upgrades for their characters, while “time savers” are more popular in the USA.

This article is part of a collaboration between Xsolla and DTF aimed at educating developers on the nuances of monetization.

Increase your game revenue with Xsolla’s intuitive set of tools, including a site builder, in-game store integrations, and support for over 700 payment processors. Start monetizing today!