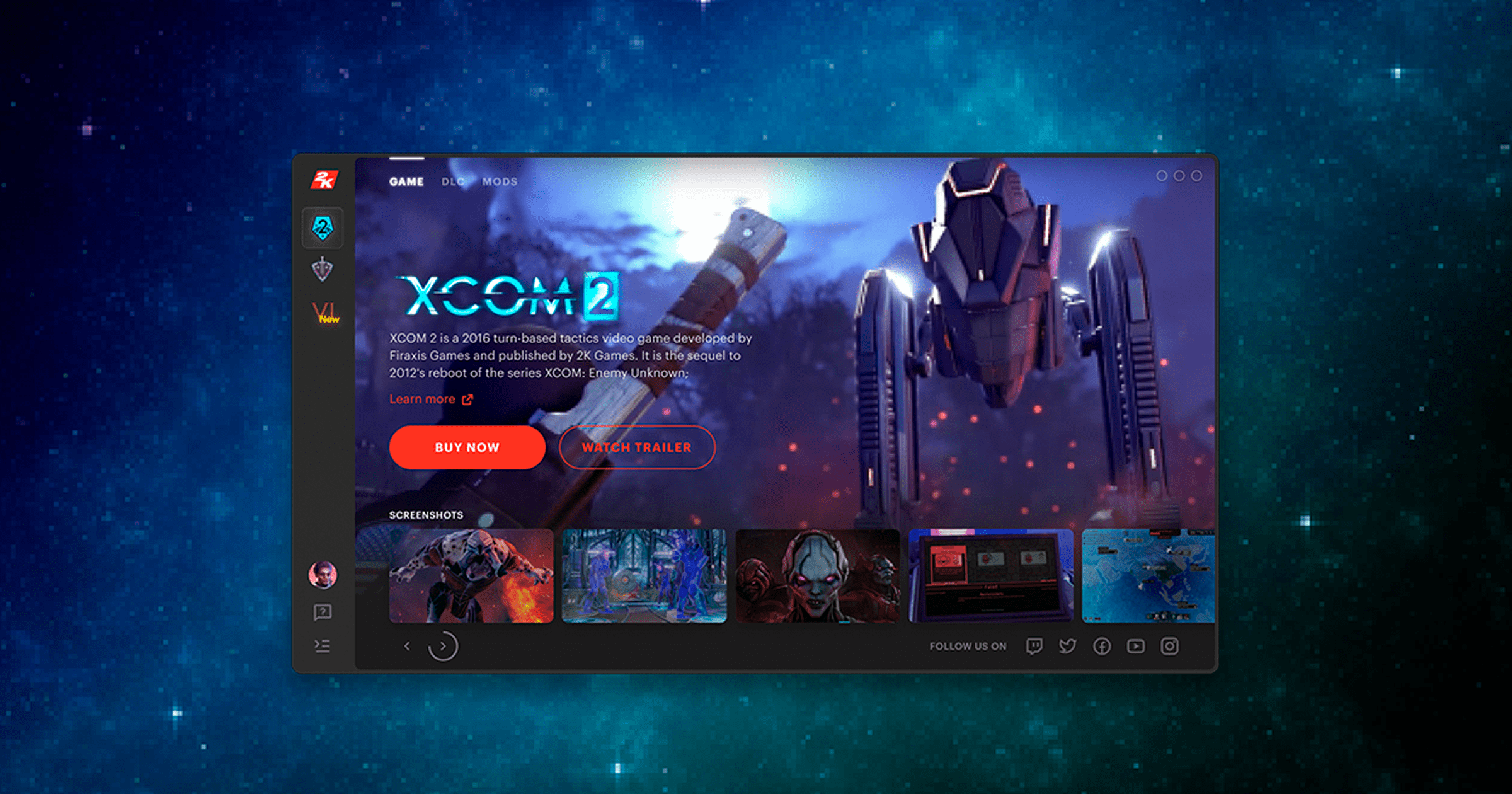 In video games, player engagement is everything. From the second they boot up a game, players expect it to leave an impression. Grab their attention early and keep them hooked with Xsolla Launcher, the optimal resource for developers of any size.

What’s Xsolla Launcher? Launcher is a fully customizable development tool capable of streamlining everything and integrating anything. Whether you need a tool for game installation, virtual currency, or anything in-between, Launcher does whatever you need it to. In addition, it features seamless integration with Xsolla’s full suite of tools, including Partner Network, Login, and In-Game Store.

There are five major systems in the Launcher architecture: Main configurations, Game delivery, Game distribution, UI customization, and Authentication. Through the Xsolla Publisher program, each of these can be maintained or edited with just a few clicks or edited lines of code — all you need is an Xsolla Account.

Available for Windows and Mac OS with support for 20 languages, Launcher is designed to be easy to use, easy to implement, and easy to update whether you’re selling straight from your website or on popular global game platforms like Steam and the Epic Games Store.

You can also integrate Xsolla Launcher to engage fans directly before they dive into your game. With Launcher, you can create a hub displaying your game’s latest news and updates, a virtual shop, and more. And you’re not limited to just one title. If you’ve sold multiple games to the same player, you can use Launcher to service their entire library, providing an immersive, branded experience.

Your game’s business model comes fully-supported out of the box, with options for both free-to-play and premium games. Premium game players can purchase games, DLC, and more directly through your game’s launcher using currencies or manually-entered keys, while Free-to-play games can sell in-game content. No matter how you monetize, Launcher has you covered.

Selling games through Launcher is simple. Players make a purchase, then Launcher delivers the game’s files via either a person-to-person (P2P) connection or a standard content distribution network (CDN) — and it isn’t restricted to one format or the other. Launcher is constantly updating as it delivers the necessary files to a purchasing player’s device. Should a P2P connection begin to falter, Launcher will switch to a CDN connection, and vice versa automatically.

Xsolla Launcher’s ease of use and adaptability are meant to reduce developer stress and make creating and distributing games easier. Launcher’s pick-up-and-play functionality saves valuable time and resources, and since edits and updates can be made on the fly, it provides teams the flexibility they need to focus on their players.

There’s almost nothing Launcher can’t do for your game. Powerful customization options are the key, giving you the power to design a fulfilling player experience capable of driving optimum business outcomes. It’s a win-win for players and developers — the way it should be.

Take the XCOM: Chimera Squad by 2K launcher from Firaxis Games for example. This streamlined launcher houses two main functions, Play and Manage Mods, with instantly recognizable key art in the background. Firaxis Games makes their social media channels easy to find on the bottom right, with a sidebar guiding players to related titles from publisher 2K Games. Players get a chance to discover those games and, if they purchase and install them, open them directly from the same launcher. It’s a clean example of just how simple it is to communicate and serve your players with one useful and unobtrusive tool.

With its rich feature set, intuitive UI, seamless integration capabilities, and responsive compatibility Xsolla Launcher gives you everything you need to engage and captivate players from their first click. Whether you’re an indie developer selling your first game, or a AAA publisher serving millions of players around the globe, Launcher scales with your game to help you realize the fullest potential.