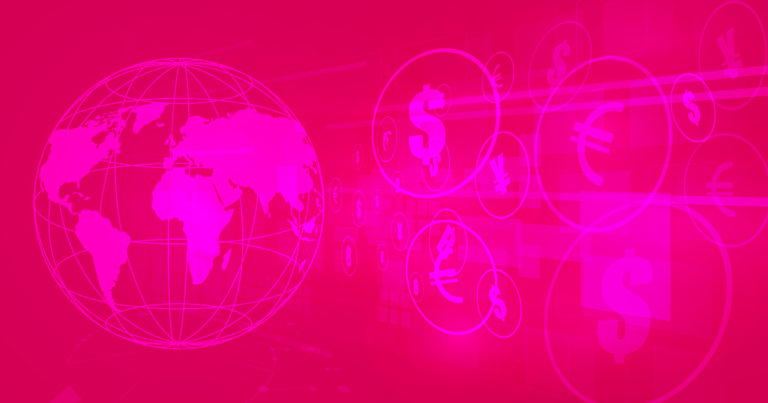 When you invest so much in creating and marketing your games, you don’t want to run into obstacles in the final stretch of acquisition. That’s why audience growth depends on supporting a wide range of payment types—including cash.

Cash may sound old fashioned in a time when credit cards are commonplace and other innovative payment types get all the buzz, but there are a number of markets that still rely on it—markets that you won’t want to miss out on.

In this post, we’ll cover three areas where cash is still a big deal—Brazil, Japan and MENA. We’ll explain why each need to be part of your growth strategy and provide an overview of the payment systems you can support to make it happen.

Brazil is one of the top countries for gamers in the second-largest emerging market, Latin America, according to EBANX, the global fin-tech company that’s been leading the charge for Latin American e-commerce since 2012. EBANX reports that a whopping 124 million people are online (66% of the population), 110 million of which are online game players. In short, there’s a real opportunity for growth here—if you know how to service this audience.

That’s where Brazil’s Boleto Bancário comes in. The “Boleto” began as a voucher-based payment system—when shoppers made a purchase, they received a printed voucher that they brought to a bank to pay in cash. The printed voucher still exists, but the system has evolved for the digital age, supporting both physical and online purchases. Now shoppers can simply scan a barcode or enter a serial number in their banking app, for instance, to pay their voucher.

The Boleto bridges a gap between Brazil’s online and offline worlds. In a country where as many as 60 million people are unbanked—almost half the economically active population—it allows shoppers to make online purchases without credit cards. But its popularity extends beyond the unbanked. EBANX reports that 71% of people who pay with Boleto have checking accounts, which means they also likely have access to credit cards. Boleto isn’t just an option in Brazil, it’s a preference.

You can see an example of the Boleto voucher below—it looks a lot like a utility bill, doesn’t it? That’s because the system was initially designed to allow Brazilians to pay their utility bills at the bank. It worked so well that Brazilians adopted Boleto Bancário for more types of purchases, and more payment facilities emerged—ATMs, post offices, supermarkets, and other authorized locations.

With so many fields, the Boleto voucher may look complicated to fill out. To ensure an efficient checkout process Xsolla saves user data to pre-fill details for returning customers.

According to Xsolla data, the Boleto last dominated payments in 2015. Today, credit cards are more popular (50% market share) but the Boleto holds a firm second place (32%). In fact, the share of Xsolla transactions that use the Boleto is even bigger than the overall trend in Brazil—about 20% of e-commerce transactions are attributed to the Boleto.

It’s also worth noting that the Boleto is proving to be more stable than alternative forms of payments—users of systems like Itau, Banco do Brasil, Bradesco, Banrisul, Santander are increasingly shifting to credit cards, while the Boleto remains consistent.

Last, but definitely not least, Xsolla numbers show that support for Boleto Bancário can attract new users. More than 130,000 unique payees used Boleto for Xsolla products, 116,000 of which had never used Xsolla before. In other words, Boleto Bancário represents a growth opportunity that you won’t want to miss out on.

With 93.3% internet penetration and more than 89.91 million e-commerce users, according to Statista, Japan presents a tremendous opportunity for your games. A 2018 report from Research and Markets tells a similar story, reporting 70 million gamers and double-digit year-over-year growth. Given the opportunity, you’ll want to make sure to support the country’s preferred payment systems.

While it’s true that credit cards and other cashless payments systems are available in Japan, cash is still incredibly popular. This has been attributed to different factors, such as concerns about the fraud associated with cashless solutions, a general aversion to debt, as well as an emotional connection to physical currency. In Japan, shopping in physical stores with cash offers a respite from the exceptionally demanding lifestyle. It’s a ceremony of sorts—a habit that’s deeply ingrained in the Japanese culture.

Konbinis are popping up every day in Japan—in train stations and hotels, on college campuses, even in public baths and tennis courts. Many Konbinis offer fully automated payments through multifunctional ATMs, like “Loppi machines,” which allow users to make cash payments in addition to buying tickets for sports and concert events. (The catchy “Loppi” name comes from an abbreviation of the machine’s owner, Lawson Online Shopping.)

Today it’s estimated that there are more than 50,000 Konbinis, accounting for about 20% of Japan’s e-commerce business. Meanwhile, Xsolla data shows that Konbinis represent the fourth most popular payment system in Japan overall (credit cards and PayPal are used everywhere) and the second most popular local payment solution. In other words, if you want to grow your game in Japan, you’ll want to support Konbinis.

There are multiple factors that make MENA an important market in your global growth strategy. First, e-commerce is big—BMI Research projects it will grow by 16.4% in the next three and a half years, to $48.6 billion in 2022. Second, the same countries that lead e-commerce growth here, UAE and Saudi Arabia, also have exceptionally high internet penetration at 90.2% and 98.4% respectively. Third, the audience is great for gaming—40% of the total population in the Middle East are young adults (20-39 years old), according to BMI.

Like Brazil and Japan, however, MENA audiences have a preference for cash. The PYMNTS Global Cash Index™  reported that cash payments reached $.09 trillion in 2016—a massive number that’s projected to jump to $1.4 trillion by 2021. To capture some of this revenue for your games, you’ll want to familiarize yourself with a new cash payment service called BCashy.

BCashy offers an interesting twist on cash payments. Rather than going to a store or ATM to pay for a purchase, you share your location with a driver who comes to you to process the payment within ten to sixty minutes. In this way, BCashy is more like a pizza delivery service than a cash payment service—what it lacks in cheese and pepperoni, it makes up inconvenience.

Though it’s a new offering, we believe BCashy is notable for two reasons. First, it has incredible potential as one of the first cash-on-delivery systems for digital goods. In regions, like MENA, where interest-based payment systems are not widely accepted due to Islamic practices, cash on delivery offers a viable alternative for e-commerce.

Second, BCashy is specifically targeting gaming communities in Saudi Arabia, UAE, Bahrain, Egypt and Jordan—MENA countries that offer your games the most potential for growth. Like any new opportunity in the gaming industry, we want to make sure BCashy is on your radar.

Cash doesn’t have to be complicated

Whether you’re an indie or enterprise game developer, regional payment preferences can be overwhelming; if you don’t understand the audience and culture you’re trying to reach, you can easily miss the mark. We’ll do our part to help you stay on top of regional practices and trends, plus we’ll continue to evolve the Xsolla platform to support the payment systems necessary to fuel your success.

To learn more about how you can enable Konbinis and Boleto Bancário today, or BCashy (coming soon), contact one of our experts at business@xsolla.com.