Monetization Is Not A Dirty Word 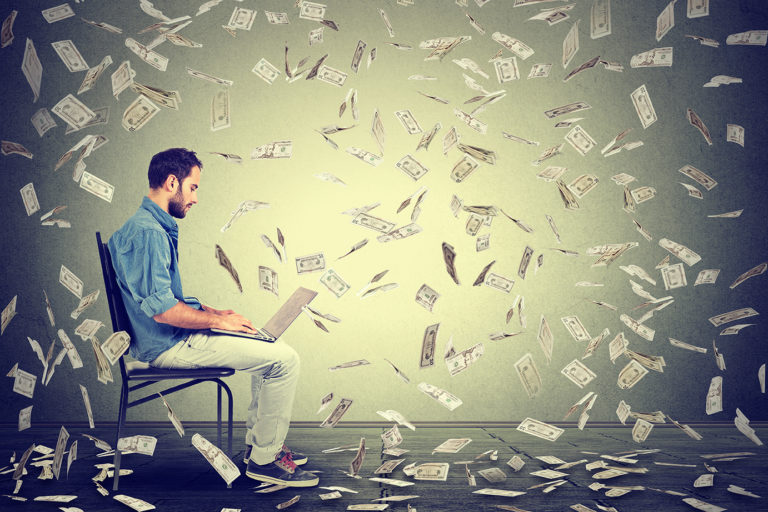 Indie teams often find themselves in a bind when it comes to the business side of development. They’re in it for the craft, they want to make players happy, but they also have to keep the studio lights on. This means researching and implementing methods of monetization, the very thought of which is enough to make eyes start rolling.

Monetization may have a tarnished reputation in the modern marketplace, but it’s not because monetization itself is a bad thing. Players want to support the games they enjoy, and developers want to turn a profit to stay in business. When monetization is taken too far and players pay more to get less, that’s when the boos and hisses start sounding from the crowd.

Structuring a monetization strategy doesn’t mean it’s time to break out the $99 IAPs. Pre-orders, subscriptions, and founders packs are all effective and fair methods of bringing in revenue. Most players see them as ways to add value to their favorite games, not an underhanded way to take them to the cleaners.

The very first games were short, simple, experimental, and free. This was back in the 1960s and 1970s when the only computers you could access were locked away in university basements. Once personal computing came around, the shareware and demo models became the norm. Play a portion of a game for free, then pay a single price for the full version. Pre-orders soon emerged as part of this model, but it was still a simple, succinct, and tidy way to monetize a game.

Early MMOs such as Ultima Online and World of Warcraft opened the door for subscription-based monetization and in-game purchases. A one-off payment for a game couldn’t fund servers on an ongoing basis, let alone fuel regular maintenance and quality of life upgrades. The subscription model meant paying more than a single upfront price, but the number of entertainment players received for the investment made signing up a no-brainer.

The rise of digital distribution and mobile marketplaces took this multi-purchase model and expanded it. Now anyone can incorporate subscriptions, advertisements, microtransactions, and even loot boxes into their products. Once the industry caught wind of potential revenue, the game design shifted to make monetization a central part of the experience.

This is where monetization earned its bad reputation. Only a small percentage of players need to make a purchase for these types of games to be profitable, sometimes as low as 0.15 percent. Catering to this minority will boost revenue, but it can leave the other 99.85% of fans frustrated and unhappy. That chunk of your audience will walk away muttering curses under their breath, and they’re the same ones who will ignore your next game.

Working on DLC, quest packs, or exclusive subscription content takes time, money, and effort. Instead of adding content to generate revenue, some developers realized they could subtract it, add a price tag to it, then resell it to their audience. Why bother with fresh content when all you need to do is put a cap on how many levels a player can complete then charge them to keep playing?

Subtracting content while adding fees is the first sign that a monetization strategy has gone sour. Over time it forces other developers to choose a side: stick to classic revenue models while watching their peers earn more for doing less, or adopt the same harsh tactics just to stay competitive.

We don’t have to ditch monetization as a concept to escape this trap, we just need to do it right. Indie game developers are in a prime position to do this, as their focus is on creating good games and making connections with players, both of which are accomplished by fair monetization strategies.

An ethical monetization solution will generate enough income to keep the studio afloat while providing value to players. No one will feel cheated, no one will regret their purchase, and everyone can be happy about the relationship they’re forming.

There are no one-size-fits-all rules for implementing monetization. Every team has different needs, every audience different preferences, and every game unique opportunities for revenue. There are some best practices you can enact for just about any project, however, starting with these rules of thumb:

The first rule is to keep it out of mind until your game is well under development. Structuring a title’s core elements around payments is a no-no. Work on the game first, make sure the mechanics and concepts are solid on their own. Once you’re confident the game is viable, then you can brainstorm about monetizing the release.

Next, come up with a financial plan. How much do you need to make to keep the servers on or your team in the office full time? Start with that amount, then estimate how much revenue this translates to on a monthly basis. If you have a lightweight studio, you may not even need to worry about complex monetization methods.

Now it’s time to evaluate monetization from the player’s perspective. Will they feel good about giving you their money? Are you respecting their investment by providing engaging content for a fair price? Thinking like a player will help cut down on disgruntled buyers, and it will help you forge stronger relationships with your fan base. If they know you’re thinking about them, they’ll keep thinking about (and paying) you.

There are dozens of ways to implement monetization in your game, most of which depend on the specifics of the title you’re developing. A few work almost across the board, though, including pre-orders, founders packs, and subscriptions. These methods alone can provide a substantial amount of your funding, whether you go with a premium release or a free title.

Pre-orders are incredibly effective at generating early-stage income. They build hype for a project, they attract fans, and they give you the opportunity to refine the game before release. Modern pre-order campaigns often include unique digital and physical items in the form of founders packs, as well. Here, players can buy early and get unique goodies that won’t be available elsewhere, adding extra incentive to join the experience early on.

Subscriptions can also be an extremely effective form of monetization, one that can be implemented at nearly any point in the development cycle. Subscribers gain access to exclusive content such as cosmetic items, video tutorials, discussion boards, nightly builds, or developer mailing lists. This helps fund development and build a stronger relationship with fans, and it won’t affect the balance of your game by introducing pay-to-win features.

Today, monetization is more closely associated with excessive advertisements and overbearing IAPs than with sound revenue strategies. The focus on profit above playability has given the concept a bad reputation. If developers deploy ethical strategies moving forward, we can take back fair monetization. Players can enjoy frustration-free games, and developers can stay in business without resorting to trickery.

Monetization is about mutual respect. Fans want to have a relationship with the games they enjoy, and they’re more than willing to participate financially when given the chance. Value-added monetization is the key. Employ radical honesty when communicating with your community. Make sure they feel heard, and they’ll take care of your team as a result.

Ready to monetize your game? Xsolla offers easy tools for getting started, including landing pages, pre-order campaigns, and support for worldwide payment systems. Get started right away!