How To Monetize With In-game Item Secondary Marketplaces 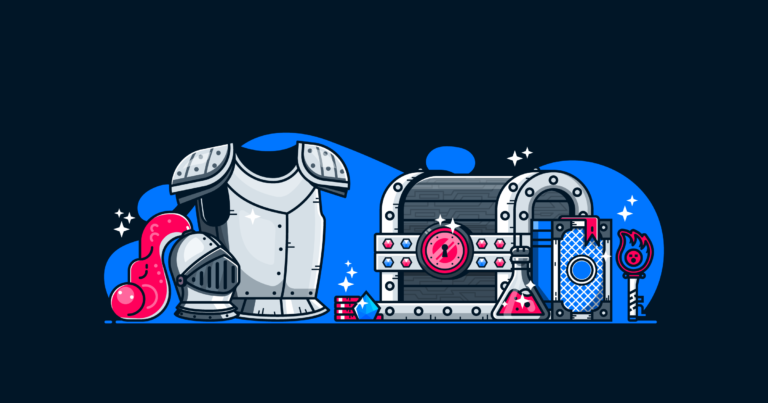 Weapon skins, gloves, hats, loot boxes — you name it — in-game items are huge sellers on the secondary market. And thanks to games like Valve’s Team Fortress 2 and Riot’s League of Legends, plus multitudes of successful mobile games, in-game item trading is more popular than ever.

But back in the day, this kind of trading was far less convenient. World of Warcraft players, for instance, used to buy gold and XP from shadowy sellers on platforms like eBay. These goods were hot commodities for those who didn’t have the time to spend hours playing the MMO. However, you had to browse through lots seller to find the most reliable one.,

Fortunately, for players hungry to trade items, the economy and the technologies that support them have evolved. Modern players can trade items on a variety of secondary marketplaces. Plus, it’s become a win-win process for buyers and sellers. Have an item you don’t need? Just put it up for sale. Buyers can get an item they need without having to grind. Developers can also benefit from item trading since it keeps players engaged and can add an extra dimension into their games.

The cost of making games has gone through the roof in the last decade. In the 2000s, a developer could spend around $20 million to create a flagship game. These days? Building a AAA game can run as high as $200 million thanks to the rise in scope of games, plus player expectations. Revenue isn’t as simple as it used to be. That’s where your primary market can help: by fueling a secondary market.

By making virtual items resellable and tradable on secondary marketplaces, players can reframe the act of buying them from you as more of an investment. As a result, secondary trading makes users more likely to buy items from the developer’s primary marketplace, earning them a decent amount of cash.  Skins, in particular, work well for player retention and engagement, since they’re highly visual.

Studios can also entice players to spend more on these items by having rewards for spending a certain amount or hitting certain trading milestones. This boost in player investment is another factor that could see the lifetime value of your users skyrocket.

In-game monetization is ideal for this kind of model, while trading can turn a game into a platform for reselling items. Ultimately, this means that players can earn some money in the process.

“In-game items work well for making money or keeping players around,” Department of Play’s Will Luton explains,”Any item can be considered a reward in most cases, so [it] can be an incentive for continued play or something to be directly or indirectly sold.”

Studios can even use items as an incentive for players to engage with all parts of a game, not just certain areas.

“In good game design, items would be split by rarity and spread across the game to incentivize certain behaviors like participation in events, playing the gacha, or engaging with the multiplayer,” Playright co-founder Evtim Trenko says.

In-game items can provide a host of benefits to players as well as developers. They can function as a reward outside of core gameplay, giving users more of a reason to play your game beyond winning a match or leveling up. As a result, they can encourage players to show off their prowess and status within the game — a sign of their skills.

“It really depends on the game design, but usually players should be able to experience the game in a different way, and the items should give them a choice,” Trenko explains.”These items would usually add depth and a strategic layer to games.”

Luton adds: “Generally the more items a game has the more rewarding it can be. In loot-shower games such as Path of Exile the itemization is super high and so the player gets lots of item drops constantly, which feels super rewarding.”

Secondary marketplaces can earn participating players significant revenue, too. The Dragon Lore skin for the AWP weapon in Counter-Strike: Global Offensive is among the most valuable cosmetics in the game. In 2018, one of these skins — featuring an autographed sticker from esport pro Tyler Latham — sold for $61,000, up from $35,000 just a few years earlier.

To fully take advantage of an in-game secondary marketplace, your game needs to be designed to revolve around its intended business model. Once more, to succeed, this design has to revolve around fairness. If a common item becomes too valuable for most players to afford, it could potentially break your game’s economy.

You’ll likely have to constantly tweak certain aspects of your in-game economy in order to make sure that it remains fair and robust. In-game items and secondary markets can be lucrative, but that’s not to say it’s easy money — you have to work to earn every penny.

While direct virtual item sales are beneficial, developers and publishers won’t necessarily share in the profits of player trades. That’s why it’s important to continuously introduce new items in a game. Primary markets stimulate secondary markets through player engagement. In the process, players will spend more time in the game, either grinding to get new items or enough in-game currency to buy an item — or simply buying it with real money — which leads to more engagement for your game.

Publishers, like Valve, Riot and Epic that continuously add or inject new items in their game are regularly among the top games by digital spending, according to research firm SuperData.

In-game items can also help drum up pre-orders ahead of a game’s launch. It’s common for companies to offer skins or other items to incentivize an early purchase. Depending on a game’s fan base and their expectations, pre-order exclusives can make for an exciting addition that can stir a secondary market in advance. Many publishers take great care to ensure that the exclusives are either principally cosmetic or otherwise balanced, however, to be fairer to those who may have missed the pre-order window.

The Power of Partners

There are a number of companies that can help developers run trading economies in their games. They can help protect you from fraud while also providing you with 24/7 support and assistance. With some of them, you can sell pre-orders for your game and bundle skins and other virtual goods as incentives.

For example, developers can use Xsolla In-Game Store to sell virtual goods and track Player Inventory. This empowers users to sell items like skins, as well as DLC, with ready-made SKUs available for Unity, Unreal Engine 4, Android, and browser games.

To build upon the In-Game Store solution and to further support developers, Xsolla has also teamed with a reputable secondary marketplace, where players can buy, sell, and trade in-game items — safely and securely.

Selling in-game items can benefit your game immensely by stimulating commerce and engaging players. Players can become far more invested in your game, especially if they spent a lot of their time and money playing, and could introduce their friends to your game along the way.

It’s important that the items you are selling don’t unfairly affect the balance of your game. If players are able to buy their way to some kind of an advantage, that’s likely going to annoy other users and could cause them to leave. Often, the best items are the ones that allow players to express themselves or show off their prowess or status.

Skins are the most common way to do this. Whatever you have planned, your in-game economy needs to be considered very early in development and you need to be prepared to tweak and tinker with this behind the scenes long after launch.