5 Ways To Boost Revenue For Your Game 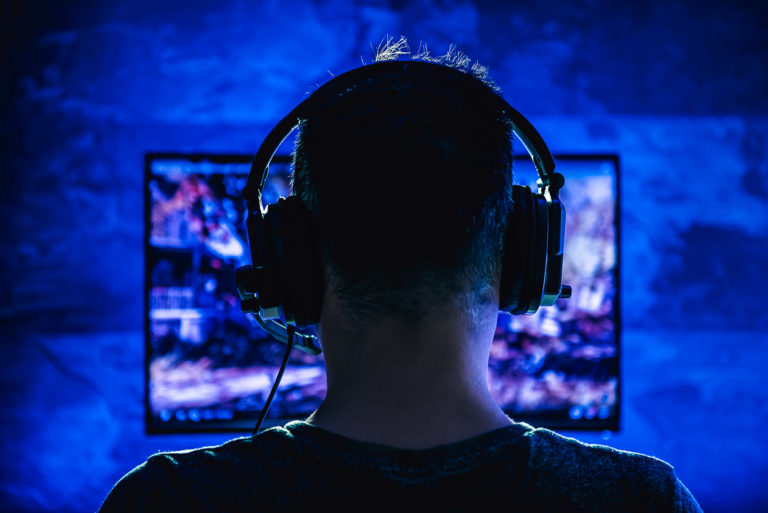 Many developers think direct sales are the only way to bring in revenue from their games. Premium releases are a fast and straightforward sales strategy, but they’re not always the most effective method of monetization. Below are five additional revenue sources teams can utilize alongside premium sales to help boost profits from each release.

What is a pre-order?

Pre-orders give players a chance to purchase a game before it officially releases. Any sale that offers eventual access to the final version of the game is considered part of a pre-order campaign.

Should indie developers bother with pre-orders?

Definitely. Running a pre-order campaign gives developers a chance to assess demand for a game, experiment with different marketing tools, try out various ways of presenting the project to the public, and start building a community before launch. It’s also a prime opportunity to secure early-stage funding that will help drive development forward.

Indie developers have greater success with pre-order campaigns if they use the opportunity to create as much buzz as possible. Building excitement and getting fans on board early increases the chances of a successful launch. Skipping pre-orders means putting months or even years of added effort into a game with very little feedback or funding.

Should I offer discounts during the pre-order phase?

It’s common for developers to offer pre-order purchases at a small discount off the final retail price. It may sound like a good idea, but this isn’t the best practice, as it can hurt sales in the long run. A better strategy is to only offer discounts long after the game is released. Any sooner and you risk damaging your reputation with current players as well as undermining the impact of pre-order and launch window marketing efforts. Let the game’s quality speak for itself first, then think about courting a wider audience with discounts.

When should the pre-order campaign begin?

Pre-orders can go live as soon as internal testing starts, just before the game enters alpha. This is also a prime opportunity to start promoting the game to influencers and journalists.

What should be done to launch a pre-order?

At a minimum, make sure you have screenshots or concept art, a launch trailer, and text that tells players exactly why they should be interested in your game. Add all of this to a centralized landing page, publish your game on digital distribution platforms, start your marketing push, then open up pre-orders whenever you’re ready.

This mostly depends on the project, but the average figure is around 20–30%.

For most games, yes, they do. Some developers boost pre-order sales by promising access to early builds. This is a great incentive for a number of players, and it’s a good way to obtain feedback about the game during testing.

If you do offer pre-orders with early access, proceed with caution. Presenting a buggy version of the game can drive away players who are on the fence about the project. If you’re unsure about the game’s stability, consider restricting the early access tier to established fans, as they won’t be frightened off by a few glitches.

Think about what you can do to create special editions

What are Special Editions?

Premium games can be sold in tiered packages. A special edition may include the game’s Original sound track and high-resolution wallpapers, while a more expensive package may also offer unique weapons or skins.

What types of special editions exist?

In most cases, the ideal number of special editions for a project is two, three, or four. The access tiers would look something like this:

What should different editions offer?

What you end up including is up to you, just make sure the offerings do not excessively impact your team’s productivity. Delivering OSTs and exclusive in-game items do require extra effort, after all.

Note that special editions should not include DLCs or season passes. It’s better to sell these separately.

Is a player ok with a game having multiple editions?

Most western and Asian audiences accept special edition packages and are willing to buy more expensive tiers on a regular basis. This can vary from region to region, however, so if your sales are strongly tied to a certain country, do additional research first.

Overall, the key is to balance what the special editions offer and how they are priced. If the unique items are too powerful, or if the high-level package is too expensive, you could risk alienating players who prefer standard packages

Bundles are packs of several games sold together as a single item. The included games can come from multiple publishers/developers or remain restricted to a single team’s catalog.

Should I offer a bundle at launch?

Offering a release-day bundle can be a good idea if one of your previous games was a success. When Call of Duty: Infinite Warfare came out, for example, publisher Activision offered a free remastered version of the first game in the series as a free extra. This was a brilliant marketing decision for two reasons:

This tactic can work for standalone games, too. If your first game is unrelated to your second, you can offer it as a free download with every purchase of the new title. This can drive attention to both games in the bundle with practically no cost to your team.

If you are releasing your first game, adding it to a bundle isn’t a good idea. Doing so can dilute your brand and minimize the attention on the game itself.

When should I launch a bundle?

If you choose to launch a partner bundle with games from other developers/publishers, wait about a year after your game’s release. This gives core sales a chance to naturally dip down, allowing maximum benefit from the attention boost from the bundle.

Figure out a DLC strategy

DLC stands for downloadable content — extra in-game content that requires the player to own the core game but that can be purchased separately. DLC can be anything from large updates with new missions and gameplay modes to minor updates with new skins, characters, or items.

DLC is usually distributed on a paid basis, but some teams choose to give it away as a promotional item.

Should I plan DLC before the game is released?

This depends on the number of resources at your disposal. Large companies usually plan DLC releases long before the game goes live. Many indie teams choose to focus on the core game until release, then come up with DLC ideas based on player feedback and interest. This helps preserve the quality of the game to ensure players will actually want DLC in the future.

How can I keep players from getting annoyed by paid DLC?

Ask yourself the following questions when planning DLC for your game:

If the answer to both questions is “yes”, players will be more likely to purchase DLC releases than be annoyed by them.

Consider the “Blood and Wine” DLC for Witcher 3. The update contained a lengthy new campaign with a brand new area to explore, and players were eager to get their hands on it. Conversely, Crusader Kings II fans weren’t as interested in purchasing DLC that added heraldic shields and character customization options, as they felt it should have been included in the original game.

How should I price DLC?

The upper limit for DLC pricing is usually 50% of the original game’s price at launch. So, if you released a large DLC expansion for $20.00 USD game, the most you should charge is $10.00 USD. Smaller DLC releases should be priced below that ceiling accordingly.

For the long haul, identify a good season pass

What is a season pass?

Season passes are a way to monetize DLC in the long-term. Think of them as DLC bundles where players can purchase multiple DLC releases at a discounted price. Most season passes focus on DLC that is still in development.

What time period should a season pass cover?

Most season passes cover DLC intended for release over the course of six months. Much longer than this and players will feel frustrated about their original investment.

How often should DLC be released to pass holders?

Small development studios may not be able to schedule multiple DLC releases during a six month period alongside regular game updates. Ubisoft, on the other hand, generally includes two large DLCs in a season pass along with multiple content packs in-between.

In general, schedule your DLC releases as you think your team can handle them. A season pass should include at least one large piece of DLC and a few smaller ones to make it worth the player’s investment. If this is the most your team can handle in the time frame, go for it. If you can double that in the same span, even better.

How much should I charge for a season pass?

Most season passes cost between 70–75% of the game’s full price at the time of release. If your game originally sold for $20.00 USD, you could offer a substantial season pass for as much as $15.00 USD.

Once you have completed all the task above, now think merchandise

Merchandising is selling physical goods branded with your game or team’s logo or artwork from your releases. It can also include physical representations of memorable items from our game.

Should I even bother with selling merchandise?

Merchandising as a monetization strategy is best saved for games that have an established audience, and then only if there’s clear demand. Selling before this makes little sense, as you don’t know if the game will be a success. Apart from that, you can offer merchandise at any point in the game’s release cycle, even a year or two after launch.

If you’re attached to offering physical goods at launch, keep it small, such as a souvenir in the deluxe edition pre-order package. You can also consider selling the manufacturing rights in the same way that Ubisoft sells the rights to produce Assassin’s Creed memorabilia.

Above all, make sure your primary concern with selling merchandise is your studio’s profit, not catering to the audience’s desires. Physical merch is tricky to pull off, so don’t let a few eager fans dictate your entire strategy.

What kinds of merchandise works best?

Top-selling items are usually accessories and apparel, not just t-shirts and caps but also backpacks and other items. Just make sure the item is appropriate for your target region’s audience. Hoodies aren’t popular everywhere, you know.

How do I know if the merchandise will pay off?

Whether or not merchandising is profitable largely depends on how you set up your store. Start with unique or collectible items instead of run-of-the-mill goods. Next, calculate the average cost of production and shipping, add an extra margin, and sell everything on-demand instead of making an upfront order. This ensures you can keep overhead costs low while still delivering merchandise to your fans.

Xsolla Store supports all of the revenue-boosting methods listed above, helping you save time, effort, and resources. Start using our easy monetization tools today! Contact an expert